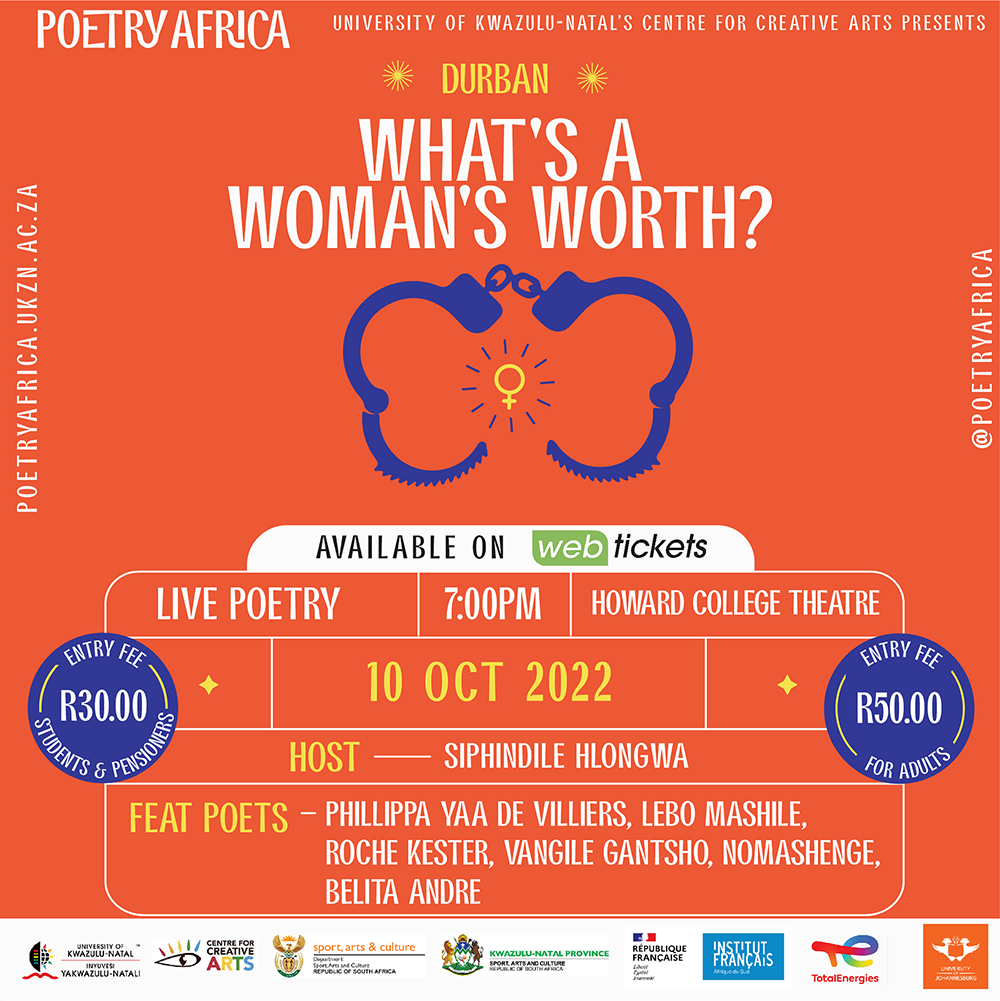 What’s A Woman’s Worth?

Prior to the adoption of the Universal Declaration of Human Rights in 1948, and, in South Africa, the Bill of Rights in 1996, women were considered to be less than (hu)man, having only partial or no access to (hu)man rights.

In this sub-human terrain, what attributes were used to calculate a woman’s value? How has the enshrinement of human and women’s rights, and the discourse of equality that underpins these impacted on those value rationales? What persists, what limits and what enables women to define and own their value? This first-of-its-kind focus on women by women performance is a cross-generational probing and response to this; the vast spectrum of degradation to celebration that determines the worth of a woman.