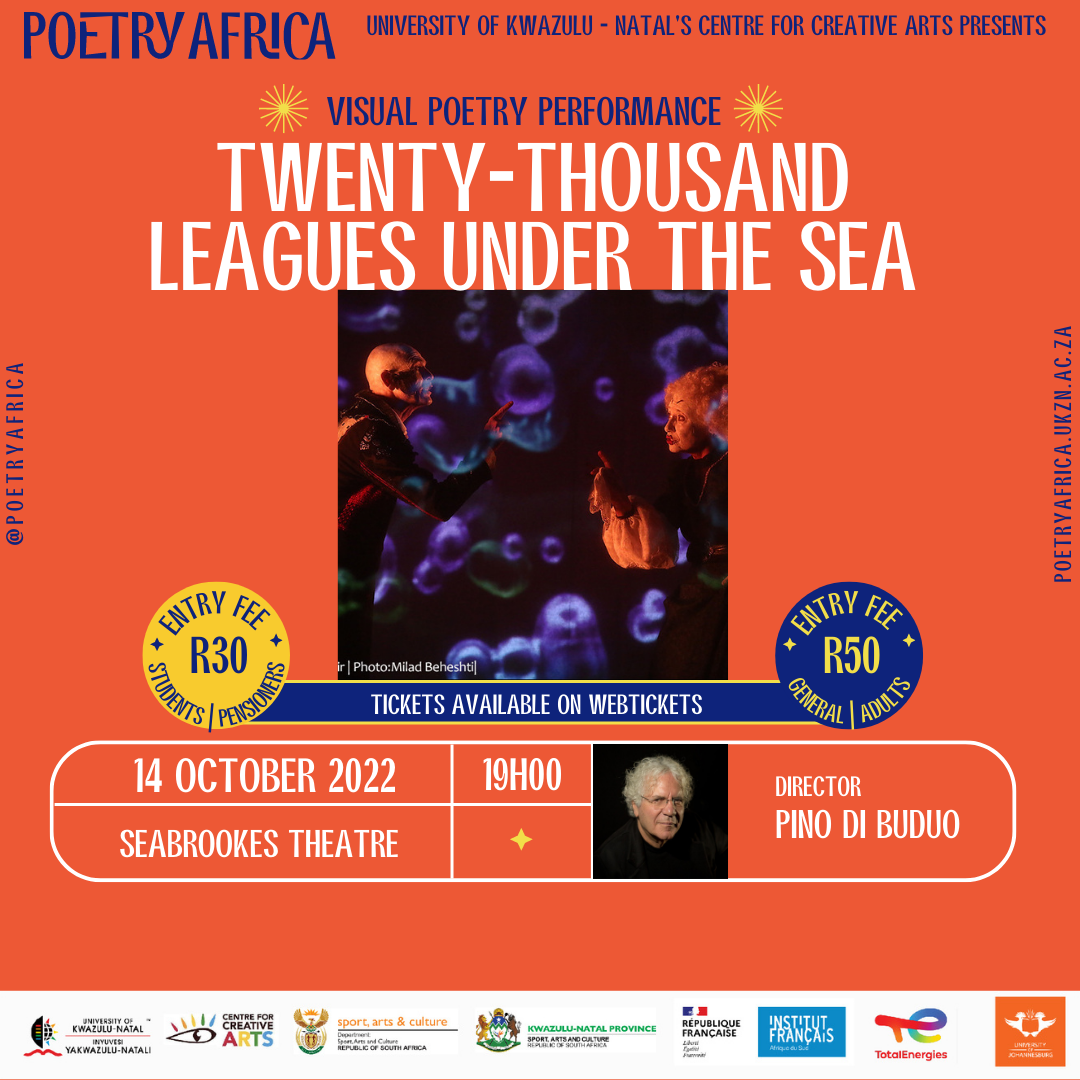 20 000 Leagues Under The Sea is a spectacular theatrical production by internationally celebrated Italian company, Teatro Potlach. With their 30-year creative genius in physical theatre combined with the latest state-of-the-art digital and lighting technologies and inspired by Jules Verne’s novel of the same title, the actors are “immersed” in a magical, dream-like setting with digital projections and latest generation LED lights.

They will take the audience along with them in the discovery of the sea depths and of Captain Nemo’s mysterious Nautilus. The production appeals to young and old. Teatro Potlach makes its South African premiere during the Poetry Africa festival through a partnership between the Centre for Creative Arts and the Italian Institute of Culture; and it is a precursor of the excitement to behold for the Centre’s 26th Time of the Writer festival.

The show is performed in English.