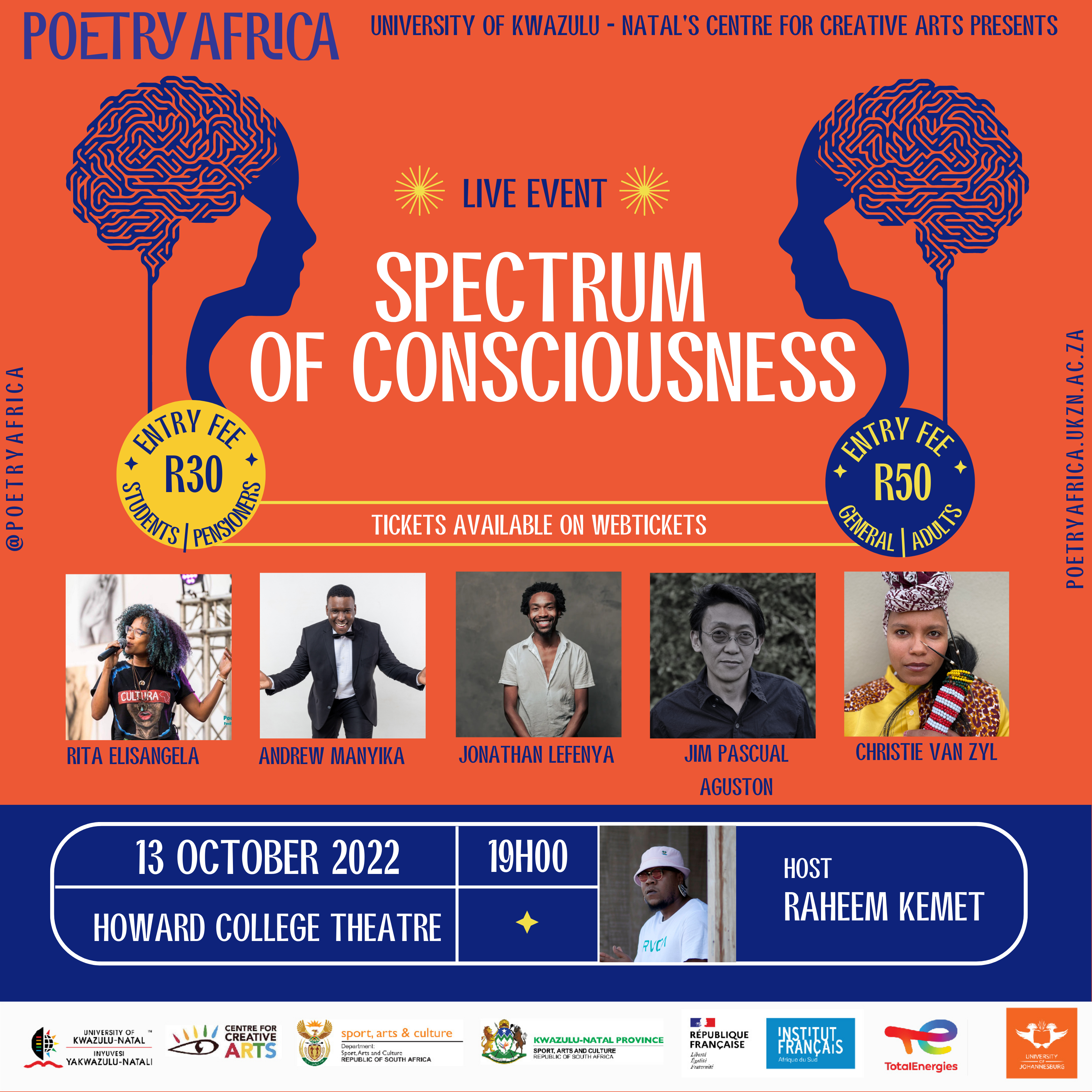 “Through encounters with others, mobile people are constantly having to navigate, negotiate, accommodate or reject difference (in things, ideas, practices and relations) in an open-ended manner that makes of them a permanent work in progress”. – Francis Nyamnjoh

The shift towards viewing the world through an intersectional lens has revealed multiple algorithms of oppression and emerged diversly formed consciousnesses as a response thereto. Through their work, our featured poets have offered us different, but equally valid, points of entry into this milieu of consciousness. This staging of their performances embraces the divergence and convergence of their perceptual views. It recognizes that although the age of collectively belonging to one stream of consciousness has been undone, that we can engage in dialogue with each other’s ideals to enrich each other’s modus operandi.

Come through, open up your consciousness and allow your evolutionary path to be redrawn through this offering!