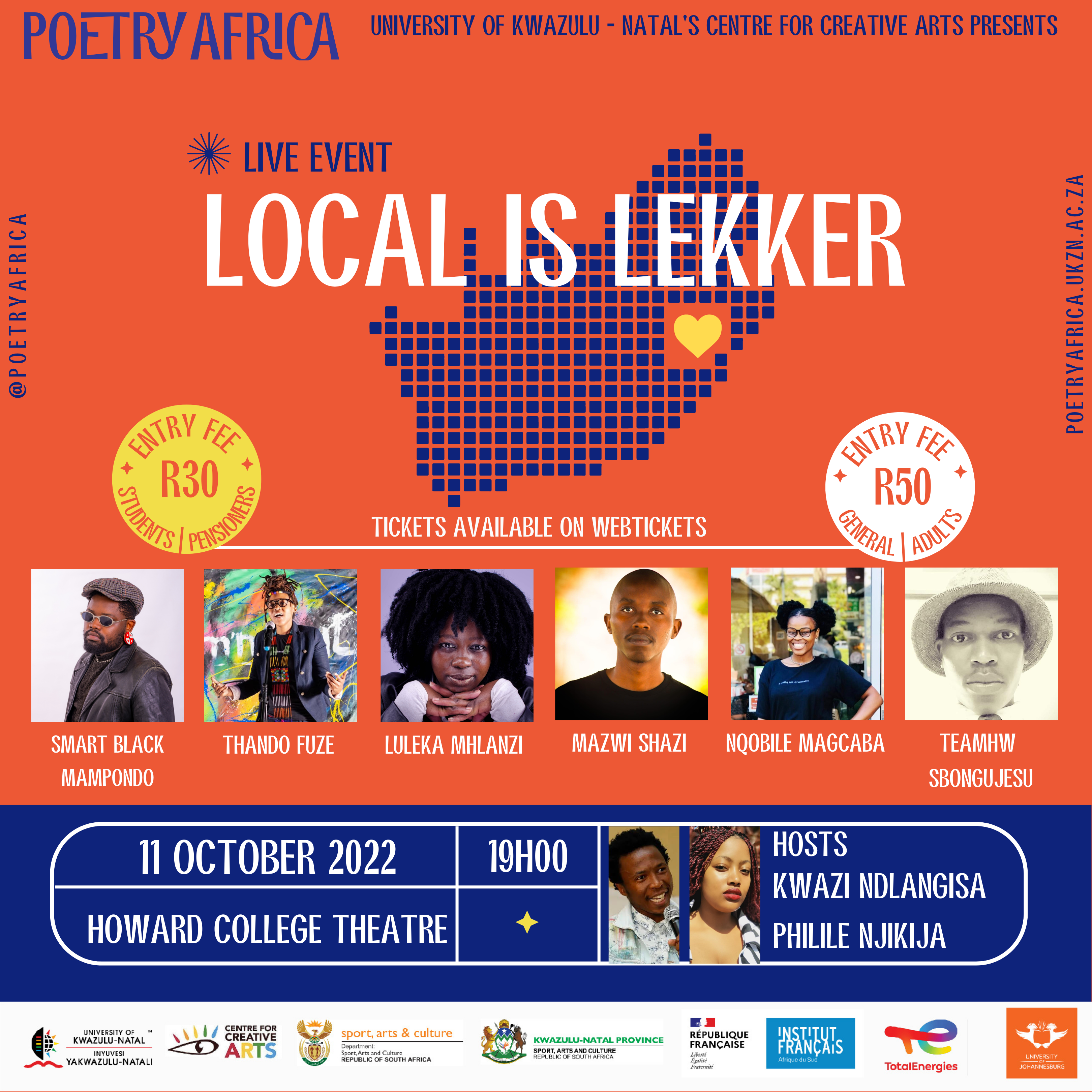 The reclamation and reinstitution of indigenous knowledge systems has been a long-standing item on Africa’s list of demands. Indigenous languages sit at the heart of this process, as they are the repositories of the philosophies and values that make up these knowledge systems. The act of speaking in indigenous languages and moving through the world with a perspective that is shaped by indigenous ways of knowing is a performance of resistance to colonialism, and a step towards decolonialism. The featured poets for this evening have embraced indigeneity as their space of protest and liberation. Their work has been shaped by the language(s) and experiences that are specific, and at times unique, to KwaZulu-Natal. We invite you to re-member your own indigeneity, through this locally rooted offering.