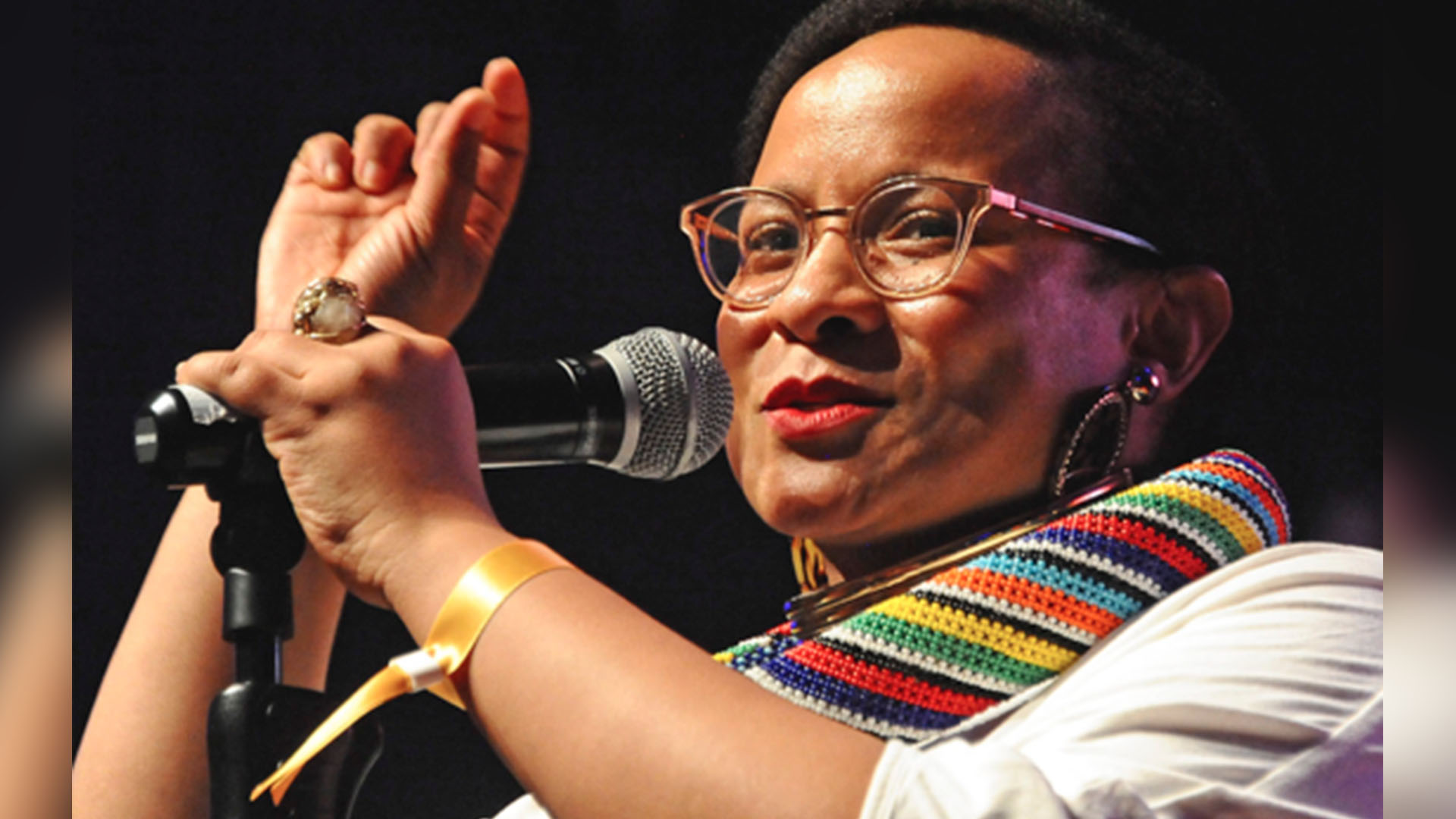 Lebo Mashile will deliver the inaugural keynote address at the 2020 Poetry Africa festival.

An award-winning writer, performer, producer, actress and activist, Lebo Mashile is a South African household name who is most recognizable for her lyrical and gutsy poetry which has captivated audiences in 28 countries worldwide. Mashile is a sought after social and political commentator, speaker, and master of ceremonies whose infectious enthusiasm is infused into every platform she has touched over the last 20 years.

Mashile graced South African television screens for 14 years as a presenter of shows such as L’atitude (SABC1), Drawing The Line (SABC2), and Great Expectations (Etv). To date, the poet has authored two books. Her poetry collection In A Ribbon of Rhythm(2005) won the 2006 NOMA Award for Publishing in Africa. In 2008, Mashile published her second collection Flying Above the Sky. In 2017, Mashile released her second studio album titled, Moya, in collaboration with singer/songwriter Majola. Her first studio album, Lebo Mashile Live!, was produced in 2006. The poet is currently working on her third collection of poems, due out later this year, with Blackbird Books.

Mashile is also an actress who has appeared in the Academy Award nominated film Hotel Rwanda as well as several stage productions.

Her theatre acting credits include the stage adaptations of K. Sello Duiker’s The Quiet Violence of Dreams and Pamela Nomvete’s Ngiyadansa, as well as Threads, a fusion of poetry and contemporary dance.

She is a commissioned writer who regularly creates work for a wide ranging list of clients including fellow artists, public institutions and corporates alike.

2019 saw her debut an original theatrical piece on the life of Saartjie Baartman, the Venus Hottentot, titled Venus vs. Modernity which was staged in Johannesburg at the Market Theatre and in Amsterdam, Holland. The production has been nominated for 5 Naledi Awards, South Africa’s premier theatre awards, for 2020. For the past three years, she has been a voice over artist for CNN’s Inside Africa.

Mashile is a mother of two and in Johannesburg, South Africa.

Koleka Putuma is the inaugural Featured Poet of the 2020 Poetry Africa festival.

The 24-year old Poetry Africa, an annual international festival, curated and presented by the Centre for Creative Arts at the University of Kwazulu-Natal, provides a vital opportunity to reflect, celebrate, and critically reflect on the role of poetry in the movement for social change. The Poetry Africa Festival is a dynamic South African cultural platform that contributes to the cultural economy of the broader eThekwini. The National Lockdown brought about by the Covid-19 pandemic has exposed the huge divides and inequalities in South African society. Poets, writers, music and other artists never fail to respond to the human condition and the social environment around it.

For curator Siphindile Hlongwa the Poetry Africa festival provides a melting pot for established and emerging poets to provoke, inspire, reflect and affirm their voices in the movement for social change. This year’s opening of the Festival will feature a key-note address by celebrated and award-winning writer, presenter, actress and activist Lebo Mashile, is a South African household name who is recognised for her lyrical and gutsy poetry which has captivated audiences in over 25 countries. Lebo Masile’s poetic voice strongly resonates the festival theme that poetry can be a voice for social change. The opening event will also shine the spotlight on Poetry Africa’s inaugural Featured Festival Poet,  Koleka Putuma is an award-winning poet, playwright and theatre director. Koleka Putuma’s success as the Founder and Director of Manyano Media, a multidisciplinary creative company that produces and champions the work and stories of black queer artists and queer life, makes her a leading South African poet worthy of celebration.