Shashi Simelane, commonly known as The Black Sash to her peers, is a performance poet, rapper, writer and student based in Verulam, KwaZulu-Natal.

She began writing poetry at a young age. However, she only started reciting to audiences at sixteen.

Relatively young to the industry, The Black Sash is dynamite in a small package. Due to her background in hip hop, many have referred to her as being both street and a librarian.

A fearless writer who addresses issues such as race, misogyny and politics, there is nothing The Black Sash cannot write about except love.

The Black Sash first appeared at Poetry Africa as a prelude poet, in 2016, opening for great poets such as Maya Wegerif, Don Mattera, Kobus Moolman and Bassey Ikpi.

The following year, she returned as a semi-finalist in the Poetry Africa Slam Jam.

In 2018, after struggling with her mental health, she was crowned KZN Slam Champion by Current State of Poetry and won the Poetry Africa Slam Jam.

At the beginning of this year, The Black Slash performed at the Articulate Africa Book and Art Fair.

With two titles under her belt, this young poet is a force to be reckoned with. Young and untainted, The Black Sash is still hungry to share, learn and gain from the industry as when she first began. 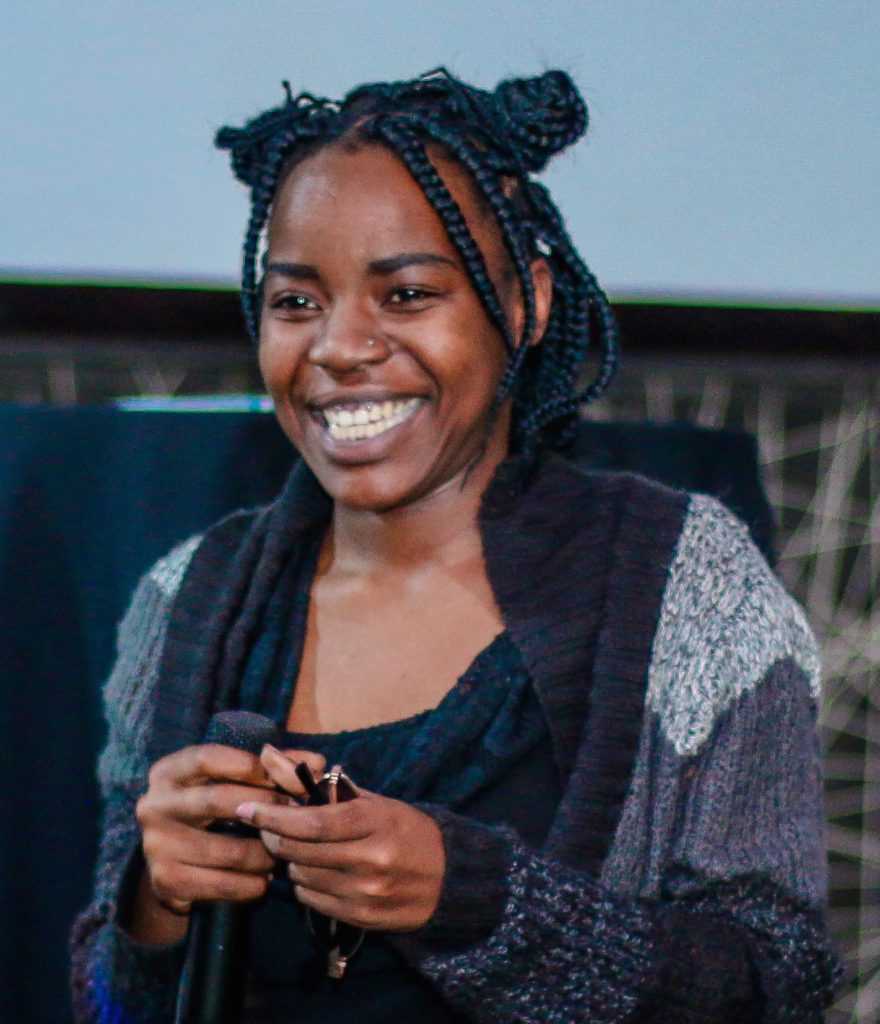