Mongane Wally Serote was born in Sophiatown, educated in Soweto and later at Columbia University. Together with Oswald Mtshali and Sipho Sepamla, he is among the most prominent South African township poets. Serote’s poems contain a strong element of political protest – he was tested to the limits of endurance in 1969 when he spent nine months in solitary confinement, though in the end was released without being charged. His poetry books include Yakhal’inkomo (1972), the title of which refers to the ‘cry of cattle at the slaughterhouse’; Tsetlo (1974), which was banned by the South African authorities; No Baby Must Weep (1975), dramatically framed as a long monologue to a silent mother; and Behold Mama, Flowers (1978) and The Night Keeps Winking (1981), both of which experiment with jazz-like rhythms. A Tough Tale (1987) and Third World Express (1992) are long poems, the former documenting the sufferings of black South Africans and envisioning apocalyptic change; the latter a more affirmative extension of earlier sociocultural preoccupations. Come and Hope With Me (1994) is a collection of poems. His novel To Every Birth Its Blood (1981), set in the Alexandra Township, articulates the militant aspirations of young blacks in South Africa. On the Horizon (1990) is a collection of essays on literature, culture, and politics.

2007 – The Order of Ikhamanga in Silver, awarded for “Excellent contribution to literature, with emphasis on poetry and for putting his artistic talents at the service of democracy in South Africa” 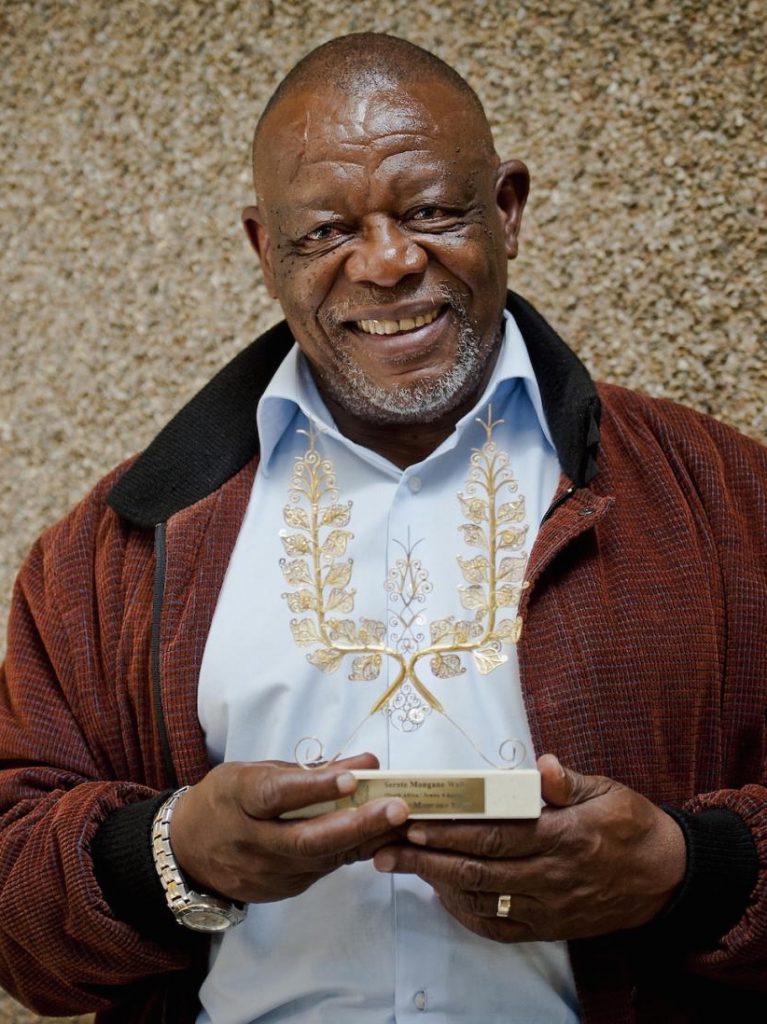