Iryna Starovoyt is a poet, essayist, and Associate Professor of Cultural Studies at the Ukrainian Catholic University. She co-edits “Ukraina moderna” – uamoderna.com. Born in Lviv, Ukraine, she made her poetry debut with the book No Longer Limpid (1997), which reserved her a place within the new generation of writers since Ukraine’s independence. She hosted a literary review program “Tomy “on regional TV. Starovoyt’s work has been featured in several anthologies and individual poems have been translated and published in Polish, Lithuanian, English, Romanian and Armenian, and set to music. She has been representing Ukraine at many high profile literary events across Europe, e.g. the European Culture Forum 2005 in Luxembourg, the European Female Writers’ Congress in Budapest (2008), Eurasia Writers’ and Translators’ Symposium (2011) in Yerevan. Her book of selected poems A Field of Foundlings (2017) in English translations has been published as an opening volume of the contemporary Ukrainian poetry series by the Lost Horse Press in the US. She has been awarded the Key to the City award from the Lviv City Mayor, serves as the Head of the Jury for the transnational literary prize UNESCO’s City of Literature based in Lviv and was appointed one of the seven experts for the “Translate Ukraine” program. She teaches Critical and Creative Thinking, History of Ideas and Cultural Practices and leads a research seminar in Media Studies and has been reading at a dozen Universities , like Greifswald University, Germany, University of Turin, Italy, Cambridge and UCL School of Slavonic and East European Studies, Great Britain, Groningen University, the Netherlands and Uppsala University, Sweden. Member of the National Union of Writers of Ukraine since 1997, and PEN Ukraine since 2019, she authored three volumes of poetry and a number of essays. She serves as an academic director of the Biennale of Trust. Her research and publications have focused on  the disputed memories and cultural counter-narratives of the 21th century Ukraine told across the shifting borders. 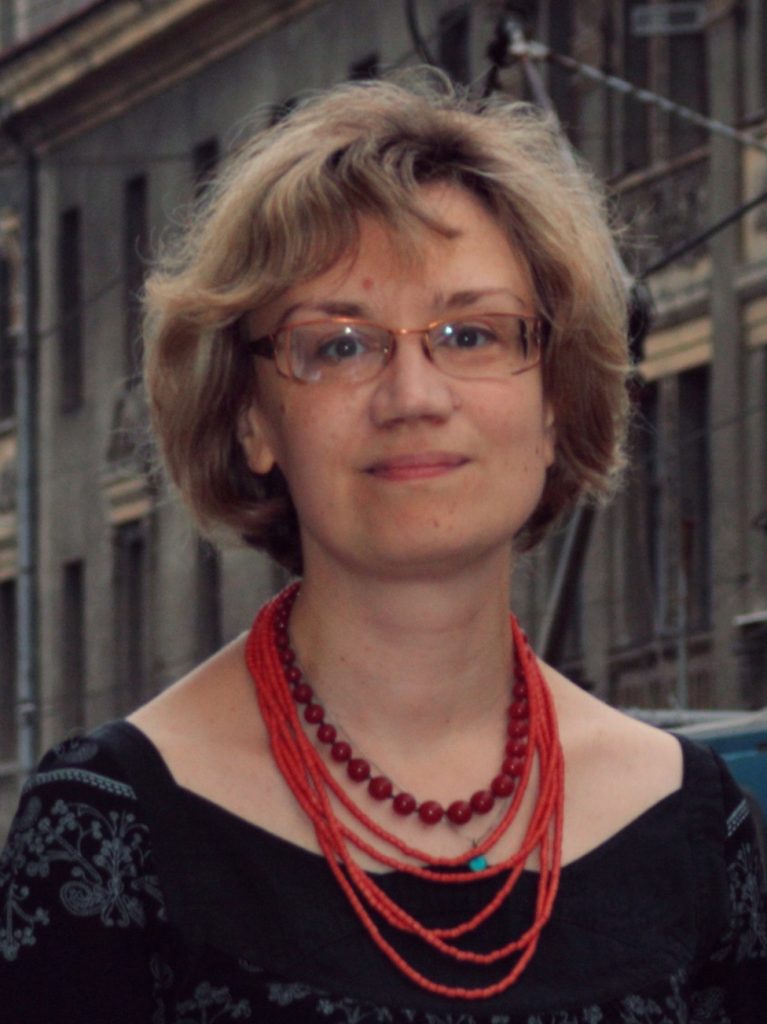