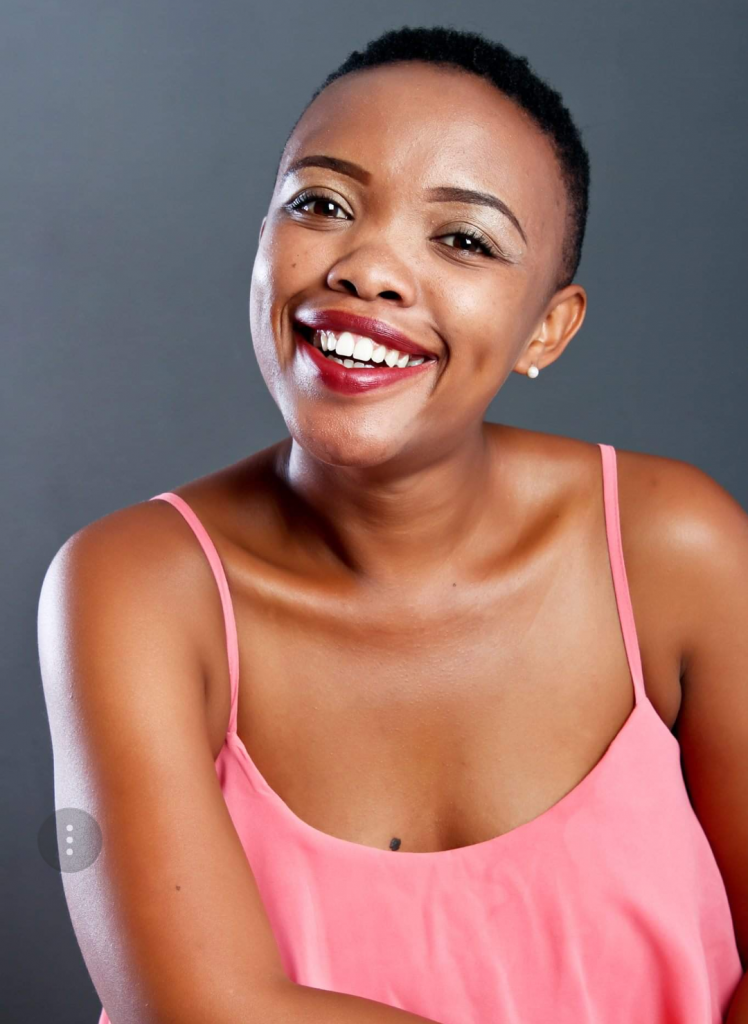 Ayanda Fali is an actress, voice over artists, drama teacher and acting coach. She has her national diploma in drama and production and a certificate in creative writing. Ayanda won the iShashalazi Women’s Festival award for best actress, for her role in Wiseman’s Mncube’s “Giving Birth to My Father”. She is also the recipient of the National Arts Festival’s Standing Ovation Award for Postdramatic theatre – Chapter 2 Section 0 by Phyllis Klotz. Ayanda has played lead roles in the plays Phaedra’s Love, Purdah, At Her Feet and SmartStart for Hollard. Ensemble plays include To Be Like This Rock, Once a Woman the Musical and Nothing But The Truth. Ayanda’s debut appearance in film was Tough at the Top, produced for ETv and directed by Zuko Nodada. 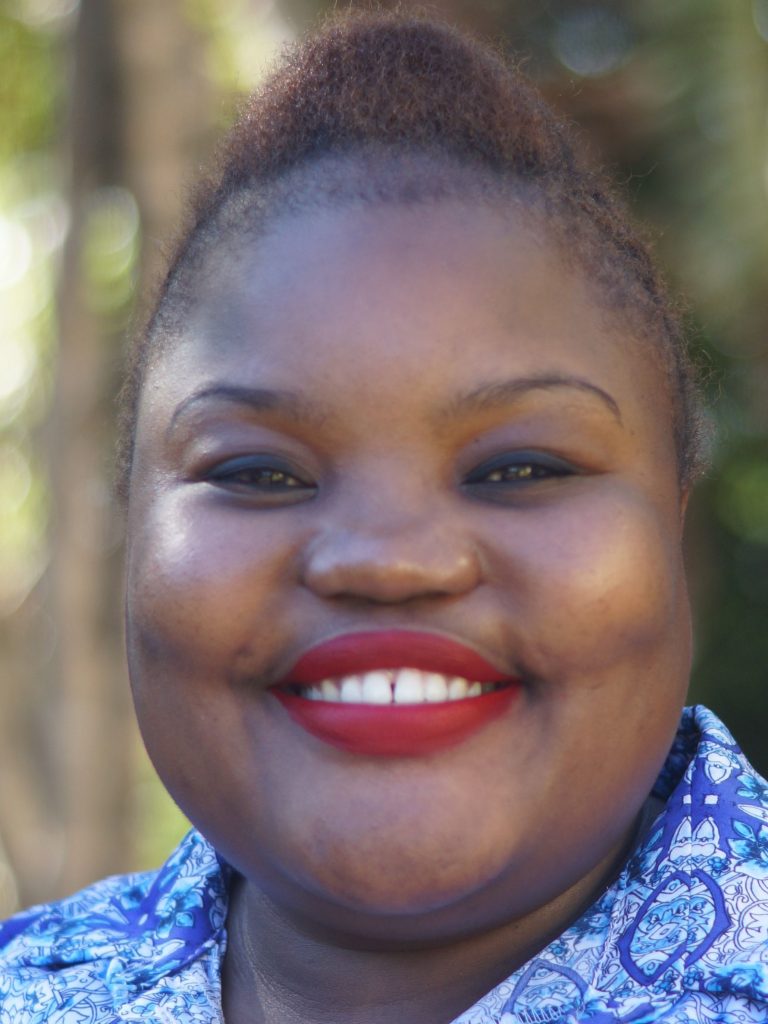 Chipo Zhou is the festival manager for the Durban International Film Festival (DIFF). She sits on the Short Film Conference Board as the African representative and previously on the Women Filmmakers of Zimbabwe Board. She has coordinated the South African Communication Association (SACOMM) conference and worked as a media consultant for DERT-SA, an NGO servicing issues of human rights and education within Southern Africa. Zhou has a keen interest in supporting the inclusion of females within the film industry, resultant from her work at the International Images Film Festival for Women, an organisation she was involved with for 5 years. She has been a juror at the My City Film Project in Cape Town, the Simon Sabela Awards in Durban and adjudicates film student projects for their graduation year at AFDA: The School for the Creative Economy. Zhou has been on several film festival, both in South Africa and internationally, discussing the state of African film. She has also been on the Talents Durban and Realness Projects selection panels. 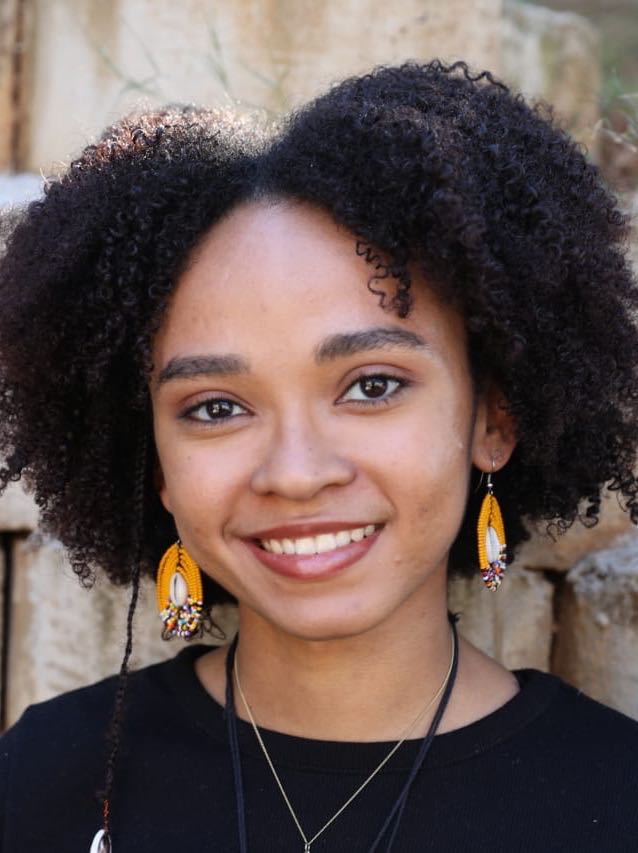 Having taken her first steps on stage and grown up in an artistic home, it is no wonder that Khwezi Becker entered the world of arts. Becker began her career as a television presenter at the age of eleven in a children’s show called Creature Club. She continued as an actress in several theatre productions since including one under the direction of Themi Venturas, as well as a play which was performed at the National Arts Festival in 2018. She has been programme director at events such as The Spirit of Light Celebration under the Gcinamasiko Arts and Heritage Trust and the 2015 ACCORD Peace Awards. Becker has performed her poetry and written pieces for production such as Kristi Gresse’s Sullied which won the Gold Ovation Award at the National Arts Festival in 2018. She has recently taken her latest project, When Coasts Meet, a one-woman-play that she co-wrote and produced with Nomcebisi Moyikwa to the National Arts Festival 2019 and returned with an Ovation Award. She continues to work on this project as well as in children’s theatre and sharing her poetry on various platforms. 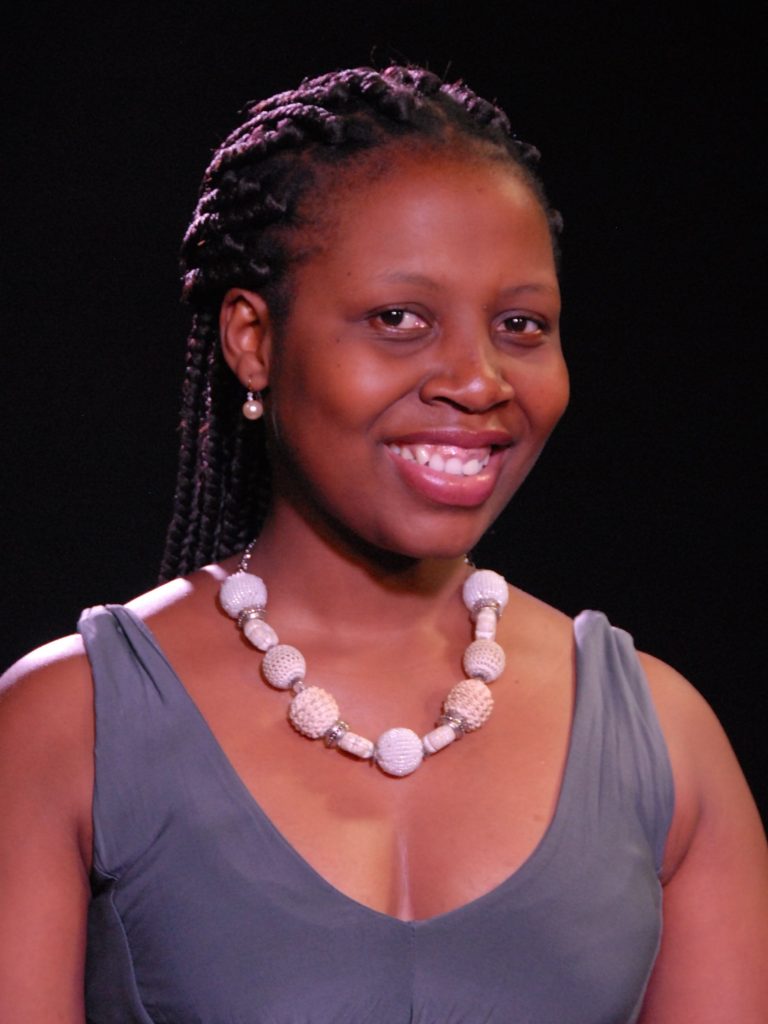 Nolulamo, better known as Lulu, completed a Drama and Performance honour’s Degree in 2012 from Univeristy of KwaZulu-Natal (UKZN).Her research area revolved around Prison Theatre and Gender Stereotyping. Prior to UKZN, Lulu graduated with Cum Laude in Drama Studies from the Durban University of Technology.Since then she has worked as a freelance actress, dancer, director and stage manager for various projects including performing at the Grahamstown National Arts Festival. Lulu has always had an interest in education in the creative industry. After working at the Centre for Creative Arts, she joined AFDA Durban Campus in 2016 to pursue her academic journey. Her passion for Performance and Business has led her to start her own companies, an annual theatre festival and a children’s entertainment company 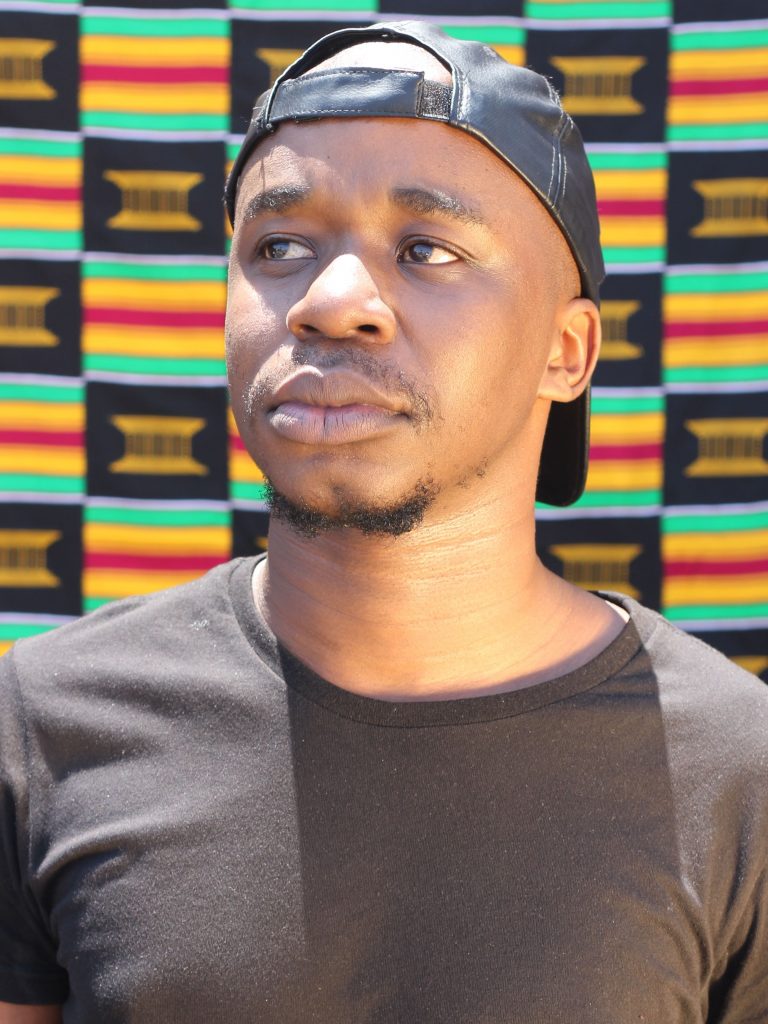 Nkululeko Ngwenya, affectionately known as Page, is a poet from Durban, South Africa. At the age of only 26, Page has achieved a great deal. He has performed alongside great South African and international poets including Oskar Hanska (Sweden), Lebo Mashile (South Africa), Buddy Wakefield (USA), Saul Williams (USA), Lemn Sissay (UK), Busiswa Gqulu (South Africa), Henry Bowers (Sweden) and Ewok (South Africa).Page is the poetry coordinator and host of the monthly Sundowners event, which takes place at The Playhouse Theatre, and has the Department of Arts and Culture as a partner.He is the founder of Legends – a poetry showcase and slam platform, running in Durban. He is also part of a South African poets collective known as The Reading Room.Page has performed at events such as Jomba! Contemporary Dance Festival 2012, the Poetry Africa festival 2012, 2013 & 2014, the BRICS Summit 2012, the Grahamstown National Arts Festival 2014, Essence Festival 2017 and International AIDS Conference 2016 & 2017. Page believes art has the ability to explore the seemingly inexplicable through it’s personification. Where some have labelled poetry an art of coding simple experiences of life into an interesting maze, he has grown to see that in fact it’s a noble attempt of decoding all the complexities we are faced with on a daily basis. 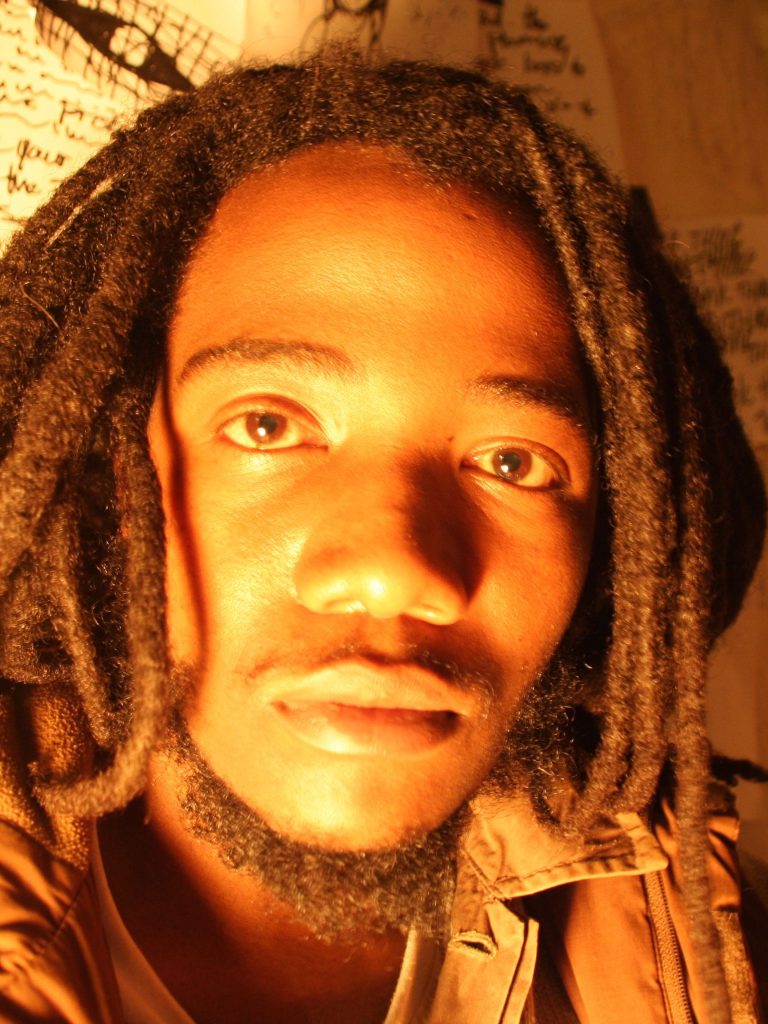 Quaz Roodt is a poet and the editor of poetrypotion.com. He facilitates the poetry programme for The University of Johannesburg’s Arts Academy and frequently hosts literary and sexual health talks with prisoners and young men around the country.  In 2016 Quaz was noted as one of South Africa’s top 100 Inspiring and Aspiring young people by Independent media. He is also involved in numerous social outreach programs around Johannesburg. In 2018 Quaz compiled and edited an anthology of poetry titled ‘Footprints of the heart’ for the University of Johannesburg. He has performed his poetry at various international festivals in countries such as Swaziland, Zimbabwe, Mauritius, Botswana and Brazil. He has, to date, released five audio projects, the latest in 2015 titled The incurable Likeness of Beings. Quaz also appears in numerous documentaries and short films.